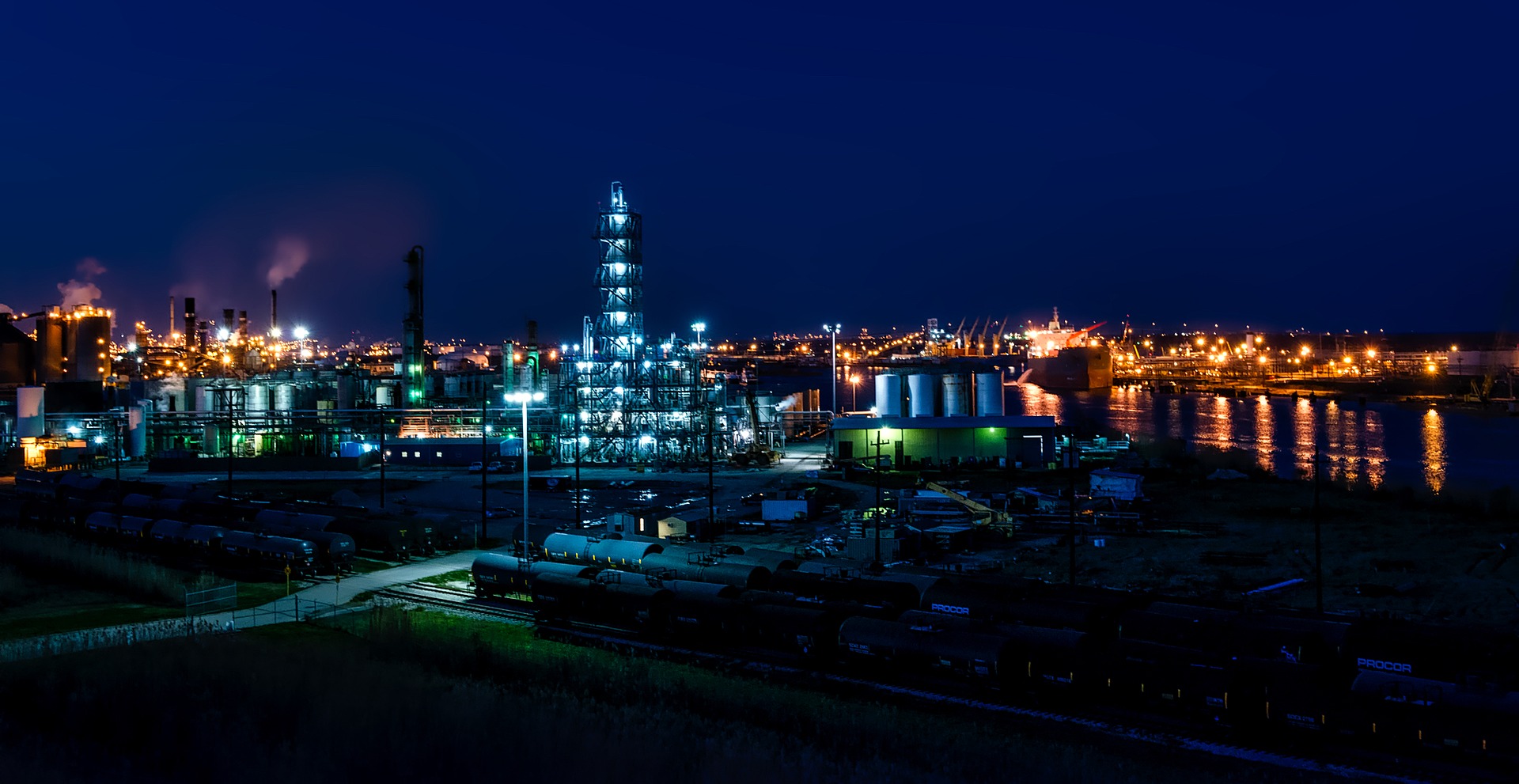 A HAZOP study is a structured and systematic examination of a complex, planned or existing process or operation in order to identify and evaluate problems that may represent risks to personnel and public safety, potential damage to assets, the environment and reputation of the plant. In this approach, the process is broken down into a number of simpler sections called ‘nodes’ which are then individually reviewed against sets of ‘guide words’ to identify potential hazards.

The HAZOP process creates deviations from the process design intent by combining guide words with process parameters resulting in a possible deviation from normal operation. For example, the deviation “no flow” results when the guide word “no” is combined with the parameter “flow”.

A HAZOP is required to be carried out at various points during the design of the facility, i.e., Front End Engineering Design (FEED) and Detailed Design. It is anticipated that a HAZOP carried out at the early stages of a facility design will produce numerous actions. As the design progresses to the later stages the actions should begin to be closed out and prior to start-up there should be no outstanding actions.

A HAZOP study systematically evaluates each allocated ‘node’ in a process. The goal is to find potential situations that would cause process equipment within each node to pose a hazard or limit the operability of the process as a whole. There are four basic steps to the process:

Once the four steps have been completed, the resulting information, i.e., in the form of HAZOP actions and recommendations, can lead to improvements in the system.

Depending on company or project requirements, Risk Ranking of identified hazards is typically carried out. Risk Ranking is the process of qualitatively determining the risk as a combination of severity and likelihood with the help of a standard risk matrix. Based on this combination, risk prioritisation is carried out.

The severity should be determined for consequences related to Health & Safety, Environmental, Financial, Asset Damage and Reputation. The likelihood is the event frequency per year which should be based on the company, as well as on historical databases. Many different kinds of risk matrices are used across various industries, with the most common one being a 5X5 Matrix.

For true Risk Ranking, it is appropriate to introduce the concept of As Low As Reasonably Practicable (ALARP). ALARP is the level to which risk should be controlled and compares the risk with the sacrifice involved in further reducing it. If the costs of further controls are high, but they will only reduce the risk a small amount, then they may be grossly disproportionate. ALARP has been reached. However, if further controls can make significant risk reductions, or are cheap and easy to implement, they will need to be introduced to reach ALARP. This notion is widely recognised and is a common feature in many HAZOP studies. 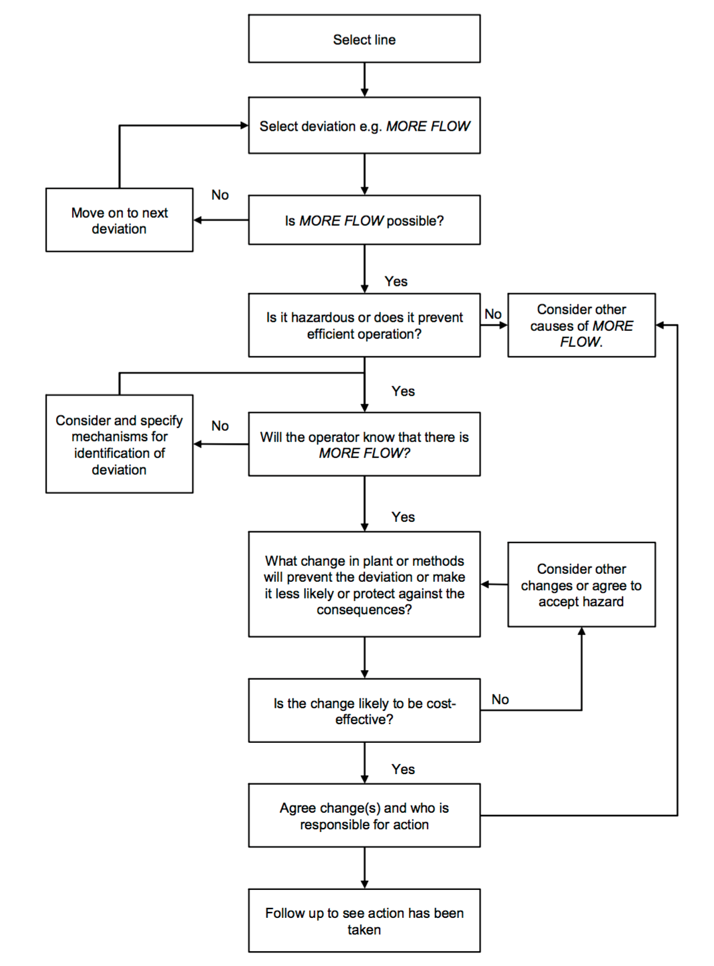 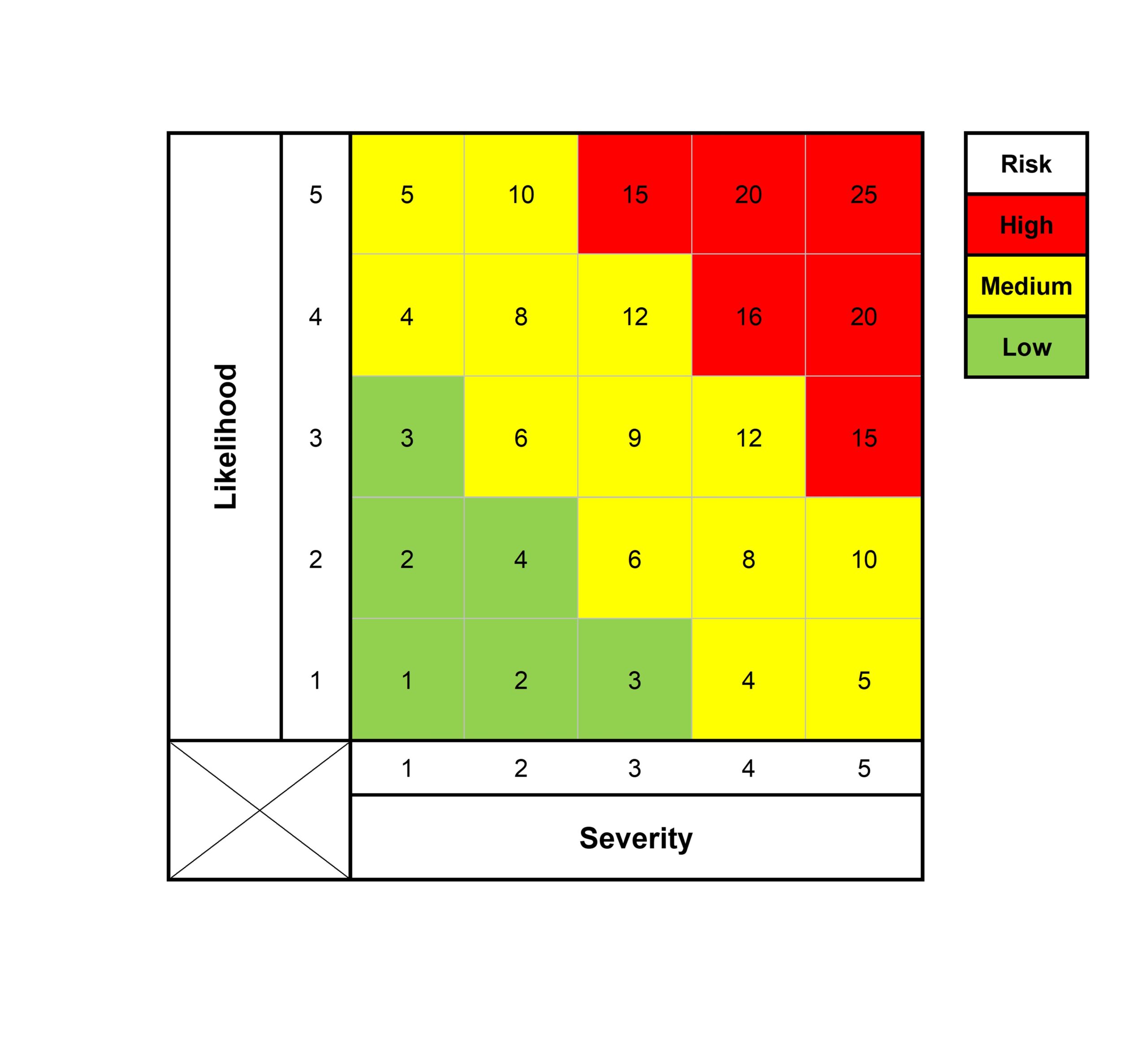 As a minimum, the following information would be required in order to conduct the workshop:

– Cause and Effects Diagrams

Based on the project requirements, additional information may be required, which will be highlighted within the Terms of Reference (ToR).

As a minimum, the following personnel would be required in order to conduct the workshop:

Based on the project requirements, additional personnel may be required to attend the workshop, which will be highlighted within the ToR.

On award of the study ES will issue a project ToR, which will highlight the assumptions that shall be made in the study, along with the workshop details, methodology and data sources that will be utilised as well as any further information required from the client.

Upon acceptance of the ToR, ES will facilitate the HAZOP study through a workshop providing the facilitator and scribe. Once the workshop has been conducted ES will prepare a HAZOP report describing the facility, the scope of work, a detailed methodology, the HAZOP worksheets, a summary of the HAZOP actions and any recommendations based on the discussions during the workshop. ES highly recommends that following on from the HAZOP study, a SIL Classification or SIL Determination analysis is conducted in order to determine the SIL requirements for the SIF’s identified during the workshop.

ES are globally renowned facilitators of HAZOP studies having facilitated 100’s of hours of HAZOP studies, with a team of TUV Rheinland certified Functional Safety Engineers available for facilitation. For more information, or to discuss your needs for conducting a HAZOP study, please contact us using the form below or email [email protected]

The content of this site are all considered intellectual property of Engineering Safety Ltd.

Company Brochure
Send Us a Message

This site uses functional cookies and external scripts to improve your experience.

NOTE: These settings will only apply to the browser and device you are currently using.